The National Betting Authority’s delegation participating in the ICE Totally Gaming international show, held a number of important meetings with partners, potential investors and company representatives. ICE, the leading and biggest fair in the world for gaming technology, was held in London on 5-8 February, 2018.

Headed by National Betting Authority’s president Mrs Ioanna Fiakkou, the delegation visited the ICE exhibition where it held contacts with representatives of gaming companies. It was also briefed on the latest developments and new products showcased at the stands. The National Betting Authority’s delegation also met with the Authority’s partners and gaming specialists and representatives of systems certification centres and gaming companies interested in operating in our country. The meetings demonstrated a keen interest in the Cypriot gaming market.

It is worth noting that there was increased participation of Cypriot companies in this year’s ICE with their own stands, while the prospects opening up in gaming were discussed at length during a roundtable discussion held as part of the ICE Vox conferences.

ICE is held in London every year and offers company officials from the gaming sector and supervisory bodies the opportunity for networking, business development, information and exchange of views. 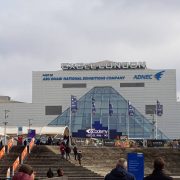 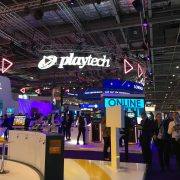 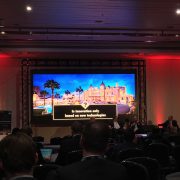 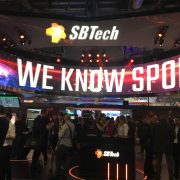 The National Betting Authority (hereinafter referred to as the “Authority”), announces the extension of the deadline for the public consultation for the submission of comments / opinions / suggestions on the prevention of the use of the financial system for the purposes of money laundering or terrorist financing in accordance with the Directive (EU) 2015/849 of the European Parliament and the Council of 20 May 2015. The deadline for the submission of comments/opinions/suggestions is the 23th of February 2018.

The purpose of this public consultation is twofold: to ensure that all stakeholders receive adequate information regarding the practices that the Authority intends to apply to prevent the use of the financial system for money laundering or terrorist financing, and to provide the opportunity to stakeholders to submit their comments and suggestions. The consultation paper can be found here.

All stakeholders are invited to complete the response template provided with all possible comments or feedback they may have and submit it to the email address directives@nba.gov.cy

The National Betting Authority, according to its main responsibilities and the provisions of articles 11 (b) and 29 (c), regulates and supervises the provision of betting services at eSports tournaments.

Therefore, the Authority has conducted research on eSports, whose primary objectives are the following:

The quantitative survey was conducted in January 2018 on a sample of 1000 men and women between the ages of 18-40 years old with a nationwide coverage. You can find the survey on eSports here.